Imagine that you live in a neighborhood whose power comes from a community energy microgrid, a 10-megawatt solar + battery electric generating and storage system (10 megawatts can supply electricity to about 1,000 homes). The system is operated by a workers’ cooperative in which neighborhood residents hold shares and governed by an elected neighborhood council. Coordination, maintenance and billing are the responsibility of a municipal utility created for the very purpose of managing local microgrids. Across your city, there are 20 such community systems, providing virtually all of the electricity required to run it.  And this same model is being replicated in towns and cities across California.

But wait, there’s more! Electricity from your Community Energy System is far less expensive than the retail price charged by the regional monopoly utility, most of which is the cost of moving electricity from far off places to you. Indeed, the power you are generating is so cheap that financing with green bonds adds only a few cents to the price you pay. And your electricity cost also funds a local basic income program by charging royalties for energy from the state’s “solar commons.”  Finally, best of all, you are no longer subject to “public safety” blackouts because your neighborhood system, islanded from the monopoly utility’s grid, provides reliable, resilient and low-risk electricity.

Seem like a fantasy?  Not at all!  All the pieces required to turn this vision into reality already exist or are in development.  Solar + storage microgrids are being built across the country.  The City of Gonzales recently created a new municipal utility to manage its solar microgrid that will provide power to a business park. A solar workers’ cooperative is operating in Oakland. A basic income program funded by solar royalties is in development in Watsonville, California. And the rapidly rising cost of retail electricity from California’s investor-owned utilities virtually guarantees that the economics of community energy will pencil out.

The fact is that today’s electricity generating, transmitting and distribution system is obsolete, a product of technology and regulation put in place over a century ago and urgently in need of reform. Yet, California’s large investor-owned utilities (IOUs) and their cronies in government, business and Wall Street are trying to steal your energy future!  They are adamantly opposed to meaningful reform and are afraid that community energy microgrids will lead to the IOUs’ demise. They are probably correct but have the power to obstruct, slow down and even stop reform even in the midst of their death spiral.

Put simply, a community energy system (CES), or microgrid, consists of (1) a generator (and batteries), whether renewable or not; (2) wires; and (3) customers.  In this, a CES is no different than any other power provision arrangement.  What is different is that a CES can be built to be independent of the utility power grid and provide reliable electricity at lower cost than the private utility. A CES can consist of a single installation in an open field or multiple segments on building rooftops and over parking lots.   Each CES system will be different, depending on local conditions, but the overall template remains the same.

Another difference is size or capacity and numbers of customers. A CES is relatively small by comparison with the very large power plants operated by monopoly utilities but much larger than the rooftop solar installation serving a single-family home. The sheer size of the centralized model means that it can serve an area far greater than a neighborhood or even a smallish city. Electricity must be transmitted from the distant source to the customer.  If anything disrupts operation and transmission—a wildfire, a windstorm, even an equipment failure—the entire system can shut down.  A rooftop system could serve two or three houses, but regulatory obstacles mean it almost always powers just a single home.  In between is the CES, which could serve a housing development, a neighborhood or even a town. It would not rely on long distance transmission wires to move electricity from generator to customer and, therefore would not go dark even if the utility grid were to shut down.

Table 1 compares the relative generating capacity of these three models.

The size of the system depends on the number of customers to be served, their daily pattern of electricity consumption and available space.  Each of these systems is subject to what are called “economies of scale.”  Power plants are cheaper at large scale because infrastructure does not have to be replicated for every additional kilowatt of generating capacity.  Solar rooftops are more expensive because the cost of infrastructure is spread over many fewer kilowatts.  But rooftop solar may be cheaper overall because, as noted above transmission costs are reduced or eliminated.  Community systems are somewhere in between but they, too, may produce cheaper electricity because of reductions in transmission costs. Table two provides a rough comparison of the costs of electricity from three solar configuations.

*depending on Time of Use rates and transmission and distribution charges. 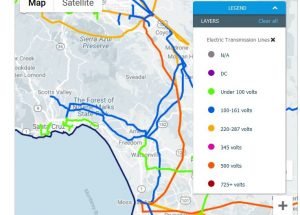 The City of Santa Cruz offers an ideal site for a microgrid-based solar plus storage community energy system.  It is located at the end of PG&E’s high voltage transmission lines and experiences more than its share of power fluctuations and outages.  The wildfires and deliberate power blackouts of 2019 and 2020 and rolling outages during the 2020 August and September heat waves, made clear that much of Northern California is at risk from such events

SSRF and its partners propose to be “shovel ready” when it becomes feasible to build such a system.  We are proposing a three-part 20-megawatt solar + storage community energy system, located in a light industrial area on the west side of Santa Cruz, a proposed housing development nearby and the Santa Cruz Beach Boardwalk and Beach Flats neighborhood, linked by a conduit running along the right-of-way of the Santa Cruz County Rail Trail.  This project will be built in phases, starting a virtual power plant comprising individual buildings and adjacent structures (2021-25), subsequently operated as a single system (2026-28) and, finally, providing power to both customers and the local CCA (2028-30).